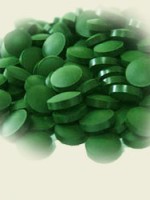 Superfood for Your Brain

What if consuming a simple food could drastically lower your chances of developing cancer, heart disease or stroke.

There is a unique freshwater plant that has been of enormous interest to nutritional scientists over the past decade, and it shows promise for doing all of the above—and then some. It’s one of the most nutrient-packed dynamos of the superfood world.

This simple food is spirulina.

The third leading cause of death in the U.S. is stroke. Diets high in antioxidants have been shown to lower your risk for stroke. Two studies (one in the Journal of Agricultural and Food Chemistry, the other in the British Journal of Nutrition) showed that Spirulina reduces platelet aggregation, which plays an important role in vascular diseases by reducing your risk for thromboembolism.

In a Oregon State University study of rats that had induced strokes, the group fed spirulina showed brains lesions that were 75 percent smaller than those in control groups.

What Superfood Feeds Your Brain?

2 Comments on this article