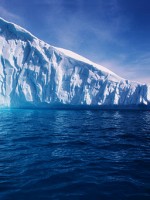 Reduce Your Risk of Stroke Naturally

A stroke can happen to anyone, at anytime,  at any age.  Stroke is the # 1 cause of adult disability and 3rd cause of death,  so learning prevention is imperative.  (Learn more)

The most common strokes by far are the ischemic (iss-keem-ik) type, which is caused by a clot obstructing the flow of blood to the brain.   Since 85% of strokes are caused by a blood clot, avoiding a stroke could be as simple as keeping your blood slippery with healthy Omega 3’s.  Slippery blood platelets cannot stick together to form a clot.   According to the National Stroke Association 85% of strokes are preventable.  So listen closely.

In a perfect world, you would be able to get all the omega-3s you need by eating fish. Unfortunately, the vast majority of our fish supply is now so heavily contaminated with industrial pollutants and toxins like mercury, PCBs, heavy metals and radioactive poisons that it is not safe.  Krill however is virtually absent of these contaminants.  Dr. Mercola

Krill oil is made from krill, a small, shrimp-like crustacean that inhabits the cold ocean areas of the world. Being on the bottom of the food chain, krill simply do not have enough time to accumulate dangerous levels of toxins like other marine sources.  The two major omega-3 fatty acids in krill oil are the same two found in fish and human cell membranes (EPA and DHA).

Krill oil is similar to fish oil in that it contains the omega-3 essential fatty acids, eicosapentaenoic acid (EPA) and docosahexaenoic acid (DHA). However, the similarity ends there. Oil from krill contains around 50% more omega-3 fatty acids than fish oil and has a superior phospholipid structure whereas fish oil has a triglyceride form. It also has an addition to EPA called astaxanthin, which is a powerful antioxidant. This makes the ORAC (oxygen radical absorbance capacity) value of krill oil 48 times more potent than fish oil.

Not All Krill Oil is Created Equal

Many factors go into catching krill in an eco friendly way and then processing it so that it maintains freshness and purity.   Proper processing of krill oil requires specialized knowledge of chemistry and process engineering in order to maintain appropriate purity, stability and odor control.

Check to be sure it is certified sustainable by the Marine Stewardship Council (MSC), which mandates independent monitors on the harvest ships.